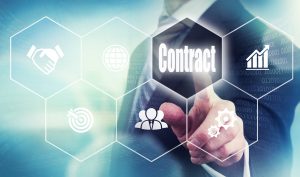 The plain language of the FCRA states that the protections only pertain to consumer reports obtained for “employment purposes.” However, applicable authorities have historically interpreted the statute liberally “to effectuate the broad remedial purpose of the Act.” See F.T.C., Advisory Opinion to Allison (1998). For example, in 1998 the Federal Trade Commission (FTC) advised that independent contractor truck drivers should be subject to the applicable provisions of the FCRA. It emphasized that because the operational entity was obtaining the background reports for hiring or consideration of hiring, this fell under the widely defined “employment purposes” under the statute. See also Hoke v. Retail Credit Corporation, 521 F.2d 1079, 1082 (4th Cir. 1975), cert. denied, 423 U.S. 1087 (1976) (when information was given by a consumer reporting agency to the Texas Board of Medical Examiners to assess a physician’s application for a medical license, this was considered an “employment purpose”).

The FTC continues to maintain this position. Whenever consumer reports are used to evaluate whether or not to engage an individual for service, the FCRA is implicated. In a more recent overview by the FTC, the agency re-emphasized this fact:

Because the term “employment purposes” is interpreted liberally to effectuate the broad remedial purpose of the FCRA, it may apply to situations where an entity uses individuals who are not technically employees to perform duties. Thus, it includes a trucking company that obtains consumer reports on individual drivers who own and operate their own equipment; a title insurance company that obtains consumer reports on individuals with whom it frequently enters into contracts to sell its insurance, examine title, and close real property transactions; or a nonprofit organization staffed in whole or in part by volunteers.

California courts, on the other hand, remain persuaded by the FTC’s guidance, and have expressly rejected the reasoning from the Wisconsin court in Lamson. In Prescott v. HireRight Solutions, Inc., the court found that the plain text of the FCRA did “not limit the pre-adverse action notice requirements to employers” and held that the provision applied to other entities. 2014 WL 12781292, *8 (C.D. Cal. 2014). On a similar note, the court in Dunford v. American DataBank, LLC declined to expressly follow Lamson, holding that the applicability of the FCRA protections remained an open question. 64 F. Supp. 3d 1378 (N.D. Cal. 2014).

As more and more companies in the gig economy opt to utilize independent contractors to perform services, California businesses should remain aware of these FCRA and analogous state law protections. While this issue has not yet been addressed on the appellate level, it is apparent that California courts are more inclined to extend FCRA provisions to non-employees. The California Civil Code has an identical definition for “consumers” and “employment purposes,” and the same logic will likely follow.