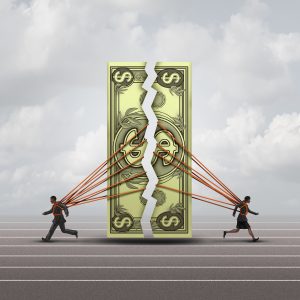 As we discussed in our Mind the Gap webinar, many states and municipalities have enacted laws that prohibit employers from using previous pay to justify unequal pay between men and women or between members of different protected classes (race, color, religion, national origin, and gender).  The United States Court of Appeals for the Ninth Circuit has joined that movement by holding that prior pay cannot be used to justify wage differentials between employees under the Equal Pay Act of 1963 ( “EPA”).  In adopting the growing view, the Ninth Circuit’s opinion in Rizo v. Yovino emphasizes that asking a job applicant about previous pay no longer serves a business purpose.

As a refresher, the EPA was enacted by Congress in 1963. The EPA requires all employees to be paid equal pay for equal work. Until recently, the EPA’s goal of narrowing the wage gap between men and women did not stand at the forefront of the political landscape. However, the Obama administration sought to enforce the EPA to create a meaningful change in the pay gap between men and women.

For purposes of the EPA, equal work means the work requires the same skill, effort, responsibilities, and working conditions, and work is being performed in the same geographic location. Equal work, in the context of the EPA, literally means equal. When employees are paid differently for doing equal work, the EPA has four exceptions employers may use to justify unequal wages between men and women.

Until recently, employers have been able to use an employee’s previous pay as a justification for different wages between employees of different sexes because it fell within the “any factor other than sex” exception to the EPA. In Rizo, the Fresno County Office of Education used a female employee’s prior pay to explain why it paid her less than men who performed equal work. The Ninth Circuit held that using prior pay to justify unequal wages perpetuated the very wage gap the EPA was designed to cure. Rizo makes it clear employers can no longer use previous pay to justify unequal wages under the “any factor other than sex” exception to the EPA. While Rizo is only binding in the Ninth Circuit (essentially the West Coast), employers in every state should be careful about asking job applicants about their previous pay and, in general, refrain from asking such questions.

The importance of this topic is further evidenced by the EEOC’s 2017-2021 Strategic Enforcement Plan that highlighted the EEOC’s commitment to combat gender-based pay discrimination. Out of six areas identified by the EEOC as priority areas for 2017-2021, ensuring equal pay protections for all workers placed fourth on the  list. With the EEOC’s additional scrutiny of the wage gap, not only between men and women, but also between members of other protected classes (race, color, religion, gender, and national origin), employers should consider conducting a pay equity audit.

Conducting a pay audit provides employers with a concrete answer as to whether they are complying with the EPA and Title VII. In addition, pay audits provide a pathway for employers to remedy any existing pay disparities that cannot be justified by legitimate non-discriminatory business reasons.