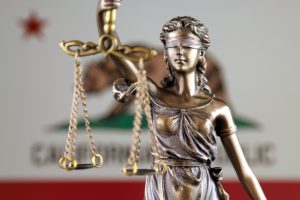 Existing California law requires persons convicted of specified sex offenses to register with local law enforcement agencies while residing in the state or while attending school or working in the state. Willful failure to register is a misdemeanor or a felony, depending on the underlying offense.

Existing law also requires the U.S. Department of Justice (DOJ) to make information concerning registered sex offenders available to the public on an Internet Web site – www.nsopw.gov – and that the information must include whether the offender was subsequently incarcerated for another felony.

Starting on January 1, 2021, SB 384 will instead create of a new three-tiered system of sex offender registration, and California will organize registered offenders into three tiers based on their offense and risk of re-offending instead of treating all registerable sex offenses the same. The three tiers will be:

The law allows an individual to be placed in a higher tier if they present risk factors for being a repeat offender or a habitual offender. There will also be a tier system applied to juveniles convicted of offenses requiring registration but those tiers will have altered minimum waiting periods.

Proponents of the Sex Offender Registration Act say the law will provide rehabilitated sex offenders a chance to remove themselves from the stigma of registering as a sex offender registry while allowing law enforcement and the public to more closely monitor those sex offenders who pose the greatest risk.