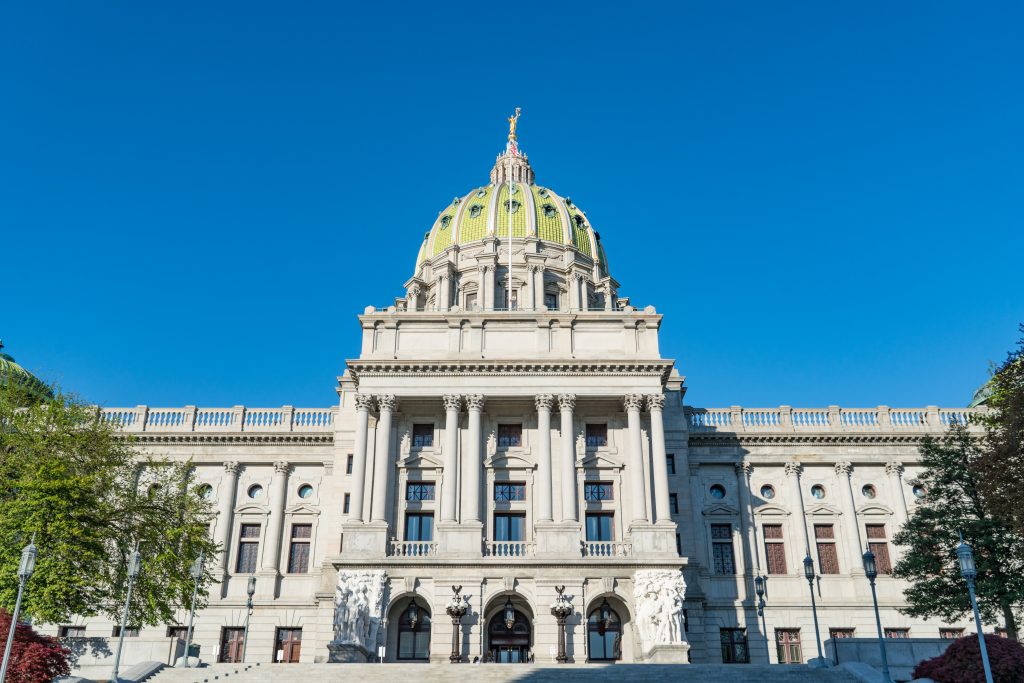 Pennsylvania state court officials are preparing a massive initiative that could pave the way for courts across the country to offer people convicted of minor offenses a fresh start outside the shadow of their past.

In late June, Pennsylvania officials plan to begin running a computer program that will flag an estimated several hundred thousand old non-violent misdemeanor and summary convictions as well as cases that did not result in convictions for removal from the public record under the state’s new Clean Slate law.

The law — the first of its kind in the nation — passed the General Assembly last summer with only two no votes.

The law is designed to help people who did their time, paid their fines, stayed out of trouble and found themselves facing hurdles to housing and employment as the result of an old record, said attorney Tom Farrell, vice chairman of the Allegheny County Bar Association’s criminal defense section.

“We have people 50 or 60 years old who have been in jobs forever, and in the 1970s or 1980s they were involved in something and had a conviction (and) no one knew about it. Now the company is getting bought out and the new owners want to run a background check on everyone, and they’re back to square

one,” Farrell said. “We heard from one person who was working in a place where they fire people with any kind of theft, and that person was scared to death because they actually did the firing and had a theft record from way back when.”

Criminal records have always been a public record. Until the advent of online court dockets, however, those wishing to access them had to visit the courthouse where they were kept.

Pennsylvania’s unified online court dockets made it simple for anyone to check old records. Short of hiring an attorney and persuading a judge to expunge the record, even charges that did not result in a conviction became available online for anyone to see with a few keystrokes.

Under the Clean Slate law, records flagged by the court will be sent to the Pennsylvania State Police. The police agency must sign off on moves to seal records. Records will not be destroyed, only removed from the public docket.

And those thousands of paper records filed away in courthouses across the state? Well, it’s not exactly clear how they will be handled.

The office of Westmoreland County Clerk of Courts Bryan Kline dockets about 6,500 to 6,600 criminal cases a year. He said he’s been led to believe his office will continue to maintain the physical files but that they will not be available to the public.

All of the sealed files will remain accessible to law enforcement agencies.

The Administrative Office of Pennsylvania Courts is scheduled to begin running an automated program to flag files for sealing on June 28. Officials warn they may not get through the backlog in the first year.

In the meantime, people whose records are eligible for sealing may petition the courts to act immediately.

Greensburg lawyer Tim Andrews, a former assistant district attorney, said he has already had many inquiries about it. Andrews said the new law should not harm anyone. But it will allow some people who made a mistake as a young adult to move forward.

Sharon Dietrich, the Community Legal Services lawyer who penned the Clean Slate law, works in the office’s employment section in Philadelphia. She said the office has heard from 10,000 people dealing with such issues over the past several years.

“And that’s probably just the tip of the iceberg,” she said.

Dietrich said the estimated volume of cases eligible statewide is so large that the only thing that could make it work is automation.

In many states, each county has a separate computer system. But Pennsylvania, with its unified court system, has a single computer system that can tackle the project. Even so, Gov. Tom Wolf, one of the law’s most ardent supporters, warns the start-up will be complicated.

Special interest groups as diverse as the Koch brothers-backed Americans for Prosperity on the right and the left-leaning Center for American Progress have lauded the Clean Slate Act.

Pennsylvania legislators passed the law as state and federal lawmakers across the country tackled various aspects of criminal justice reform, ranging from reducing tough mandatory minimum sentences to addressing job training and education to prepare inmates for release in the hope of reducing recidivism.

In New York, state lawmakers passed a similar law that extended the opportunity to have a record sealed to individuals with a single felony. Unlike Pennsylvania, where all cases eventually will be flagged automatically, New York required people to petition the courts.

As of May, when the law had been on the books for seven months, the New York Times found that the records of only 346 people had been sealed.

“When it’s not automatic, people may not know that the opportunity exists and people are left with the burden — and potentially the cost of trying to hire a lawyer — to submit a sealing application,” said Alison Wilkey, public policy director at the Prisoner Reentry Institute at John Jay College of Criminal Justice.

“Briefly, these sealing initiatives are an incredibly important way of expanding opportunity for the 70 million Americans who have criminal records. We all believe in redemption, but people who have been arrested or convicted of a crime are punished for life even though they have served their sentence and paid their debt to society. This means people have a problem getting jobs, supporting their families and finding housing,” Wilkey said.

Some say reformers are only beginning to recognize the impact of laws that fed the explosion of Pennsylvania’s prison population from 7,600 in 1979 to 47,370, four decades later.

New Kensington defense attorney Dan Joseph, who began practicing law at the beginning of that era, said the Clean Slate law is a small start.

Joseph said prosecutors could have an impact without changing the law by simply thinking twice about whether to charge a crime as a felony on a first offense. Unlike misdemeanors, felonies are not eligible for sealing under the new law.

“One of the problems we have right now is these young people get tabbed with felonies and it haunts them the rest of their lives. Felonies are tossed around like they don’t matter in court,” Joseph said.

Prosecutors often have an option to file a misdemeanor instead, he said.

“I always ask, ‘Why do you want the felony when you could use your discretion and go for the misdemeanor?’” Joseph said. “And why not make the wait (for Clean Slate eligibility) five years instead of 10?

“To me, the Clean Slate is like a piece of salt on a mountain of what needs to be done to allow people to get their lives back once they’ve done their time.”