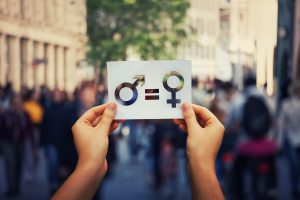 On January 17, 2019, Colorado Senate Democrats introduced the “Equal Pay for Equal Work Act” (SB 19-085) to prohibit a wage differential based on an employee’s sex. The bill also contains a salary history ban and pay transparency requirements. If passed, this would be among the most aggressive equal pay laws in the nation.

Each of the factors reasonably relied upon must explain the entire differential.

The bill’s salary history ban prohibits an employer from seeking or relying upon a candidate’s salary history. It also prohibits employers from requiring employees to waive the right to discuss their salary with others.

Finally, the pay transparency provisions would require that employers “make reasonable efforts” to post promotional opportunities on the same calendar day that they become available and prior to making a decision. The bill would require employers to disclose an hourly wage rate or wage rate range for each job opening.

The 2019 “Equal Pay for Equal Work Act” as introduced is more aggressive than the 2018 version of the same law. The 2018 bill would allow wage differentials based upon “a bona fide factor other than sex that is job-related and consistent with business necessity such as education, training, or experience.” Additionally, the current version allows recovery of back pay for “the entire time the violations continues, not to exceed six years.”

The Senate bill in its current form already has sponsorship of all 19 Democratic Members of the Colorado Senate and 30 sponsors in the Colorado House of Representatives. Democrats control all three branches of Colorado government, making the passage of some version of an equal pay law likely in 2019.