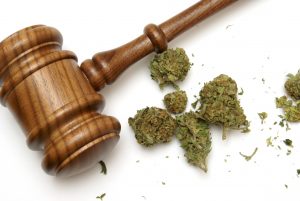 Background Checks SF. San Francisco, known for its forward progress in the cannabis space, has done it again. Effective October 1, 2018, employers are prohibited from “inquiring about, requiring disclosure of, or basing employment decisions on convictions for decriminalized behavior, including the non-commercial use and cultivation of cannabis.” The ordinance restricts employers from asking questions about pot convictions and, instead, authorizes the City to impose penalties on employers who violate the ordinance. Some of the penalties include a private right of action for the victim and monetary payment.

Notably, in conformance with California’s Fair Chance Employment Act, the ordinance does allow employers to ask about convictions after a conditional offer of employment has been made. Under the Act, employers can deny an applicant a position of employment because of the conviction, but the employer must make an individualized assessment of whether the applicant’s conviction history has a direct and adverse relationship with the specific duties of the job which justify denying the applicant the position. In making the assessment, the employer must consider the nature and gravity of the offense or conduct; the time since the offense; and the nature of the job held or sought.  For more information on what else an employer is required to do when contemplating denying employment to an applicant, contact your favorite Seyfarth cannabis attorney.

Could Utah’s cannabis legalization be up in smoke? As previously reported, Utah legalized medical marijuana this midterm through Proposition 2. Proposition 2 failed to include important provisions in its initiative, including what rights employers would have.

However, Utah’s House of Representatives held a special legislative session whereby lawmakers changed Proposition 2 and adopted more restrictive provisions in what is being called the medical cannabis compromise. These restrictive provisions include employer protections. For example, a draft of the medical cannabis compromise states that an employee may not “be under the influence of a controlled substance or alcohol during work hours” nor can the employee “refuse to submit to a drug or alcohol test.” (Section 67-19-33).

The compromise also states that employees cannot manufacture, dispense, possess, use, or distribute a controlled substance if: (1) the activity prevents state agencies from receiving federal grants or performing under federal contracts of $25,000 or more; or (2) the activity prevents the employee from performing his “services or work for state government effectively as regulated by the rules of the executive director.”

Although Utah lawmakers tried to clear the haze left by Proposition 2, a pair of advocacy groups have since filed a lawsuit to block the medical cannabis compromise. The groups argue that the compromise is unconstitutional and interferes with what the voters enacted. The group asked the Utah Supreme Court to allow a referendum on the legislature’s action and allow them to go before voters to challenge the medical cannabis compromise. Alternatively, they seek to overturn the compromise and instead, keep Proposition 2 as the law.

While this lawsuit may be a long shot because the legislature has the legal authority to modify or replace ballot initiatives, you’ll want to stay tuned for further updates as this story develops.

And if you’d like to get a preview of what 2019 may have in store for California and cannabis, check out “Pot-Protective Employment Laws Loom in 2019” in the Los Angeles Lawyer magazine.