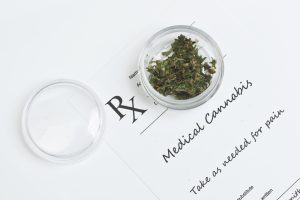 Ohio, like most states, has a law (O.R.C. 3796 et. seq.) permitting the use of medical marijuana. Ohio’s medical marijuana program was set to be fully operational as of September 8, 2018; however, the program was plagued by a number of setbacks and is only now getting started. This is likely good news for employers, who should take this extra time to ensure they understand how the law stands to impact their workplace and employment practices.

Courts have dealt with the issue of whether medical marijuana use is protected by the Americans with Disabilities Act (ADA). In James v. City of Costa Mesa (2012), the Ninth Circuit found that although the medical marijuana users were gravely ill, the ADA provided no protections. The court concluded that the ADA does not apply to drugs, such as marijuana, that are banned under the Controlled Substance Act.

Ohio employers are fortunate because the state’s medical marijuana law includes several employer-friendly provisions. Specifically, the law states that nothing in this chapter:

Because of these explicit carve-outs, Ohio employers likely will not be adversely impacted by the medical marijuana law. Employers can continue to enforce their drug testing policies and discipline employees who use, distribute, or possess medical marijuana. Likewise, employers do not have to accommodate an employee’s use of medical marijuana.

While Ohio’s medical marijuana law contains employer-friendly provisions, other states are much more protective of employee use of medical marijuana, making it critical for employers to be aware of the specific laws in their state. Connecticut, for example, prohibits employers from refusing to hire a person or discharging, penalizing, or threatening an employee solely on the basis of such person’s status as a qualified medical marijuana user. This anti-discrimination language gives increased protections to employees who use medical marijuana.

A Massachusetts court also provided employees who use medical marijuana extensive protections. In Barbuto v. Advantage Sales and Marketing (2017), Cristina Barbuto accepted a job offer contingent upon her passing a drug test. Barbuto suffered from Crohn’s disease and was recommended medical marijuana to combat the side effects. Barbuto explained to her new employer that she would test positive for marijuana, but the supervisor said this should not be a problem. As expected, Barbuto failed the drug test and was terminated after her first day on the job. The employer argued that it was following federal law prohibiting the use of marijuana. The court rejected this argument and instead focused on Barbuto’s disability. Since Crohn’s disease is a disability under Massachusetts disability law, the employer had a duty to engage in the interactive process with Barbuto to determine if there was a reasonable accommodation to help her perform the job.