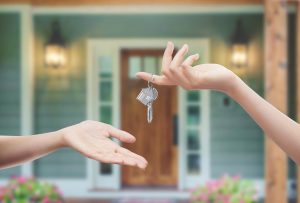 Minneapolis City Council members are drafting a new ordinance that would limit how landlords use criminal, credit and eviction history to screen prospective tenants.

As city officials search for ways out of the affordable housing crisis, they are taking aim at a long-running point of contention in the housing debate: the tenant screening process. Housing advocates say the process does not give a full picture of an individual’s ability to be a good tenant.

But property owners say restricting their ability to screen tenants would prevent them from having enough information about potentially unsuitable applicants.

Under a draft ordinance sponsored by Council President Lisa Bender and Council Member Jeremiah Ellison, landlords would be barred from denying an applicant on the basis of felony convictions if the cases are more than five years old; misdemeanors more than two years old; arrests that did not result in a conviction; expunged or vacated convictions; and convictions from the juvenile justice system.

The ordinance would also disallow property owners from denying an application because of an insufficient credit history, credit scores lower than 500 and eviction judgments more than three years old.

A separate draft ordinance from Bender and Ellison would limit how much property owners can require for a security deposit. These measures are part of the council’s broader effort to strengthen the rights of renters, who now make up more than half of the city’s population.

There’s no public hearing scheduled for the ordinance, but property owners are already preparing for battle. Nichol L. Beckstrand, president of the Minnesota Multi Housing Association, a statewide group that represents property owners, said that they were “blindsided” when she and other members of the group walked into a meeting with council members earlier this month to talk about the proposed ordinance.

She said that after exchanging pleasantries, members of her group were handed several pages about the potential ordinance, a move she called “frustrating” and “off-putting.” She said she thought they were going to talk about the proposal and what the impact would be on property owners instead of being handed a pre-written ordinance.

The group expressed its dismay over the proposal in a May 21 letter to the city. Beckstrand said that if the city restricts the ability to screen tenants, property owners would find ways around the ordinance by creating new requirements for applicants — such as higher security deposits.

On Friday, association leaders held a news conference with other property owners to bolster public awareness of the ordinances and encourage renters and property owners alike to reach out to City Hall. Standing at a building on the corner of Blaisdell Ave and W. 26th St., Beckstrand, Mike Garvin, board chairman of the Minnesota Multi Housing Association and Bernadette Hornig of the family-owned Hornig Company, a Twin Cities property manager, spoke about the proposed ordinances while flanked by a few dozen people holding signs.

Hornig said that City Council members were uninterested in hearing what property owners had to say, saying that she had emailed all of them last week but had not heard back.

“Lowering the bar does not create housing stability,” Hornig said of the proposed ordinances.

The ordinance would also give landlords the option to create their own screening criteria, but landlords would have to consider other factors, such as evidence of six or more months of job or income stability; credit counseling and recent on-time rent payments. Landlords could still deny applicants but would have to explain why. Property owners say this would entail an added cost.

“When barriers to housing are at a high and rates of displacement in Minneapolis are exceedingly high, I think that that just puts some urgency to support people who are the most vulnerable renters,” Ellison said.

He said the ordinance was still in draft stages and that he and Bender were still seeking feedback. When asked about the meeting with the Multi Housing Association, he said the purpose was to share the draft.

Ellison noted that the ordinance allows landlords to reject prospective tenants with certain convictions in their past, such as being on the sex offender registry; manufacturing or producing methamphetamine; arson; and racketeering. He said more feedback from property owners would likely help resolve their concerns.

He said the proposed ordinance is not “locked in.” “If the council had voted on it, the public hearing had passed, that would be a competent and worthwhile sort of argument, but there’s not even a hearing set,” he said.

He said he hopes that the council will hold a public hearing on it by the end of summer. Bender was not available for comment.

A related measure at the Legislature that would have allowed people to have prior evictions expunged from their record did not become law.