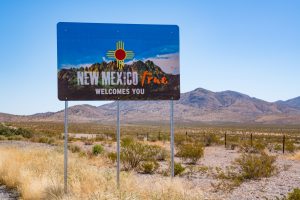 New Mexico joins a number of other states, such as California, Connecticut, Hawaii, Illinois, Massachusetts, Minnesota, New Jersey, Oregon, Rhode Island, Vermont, and Washington (as well as the District of Columbia), in addition to numerous localities, to have passed ban-the-box laws for private employers.

Employers still may make criminal background inquiries in New Mexico, but the timing of such inquiries shifts to later in the hiring process after the initial employment application, such as during the interview process or contingent upon an offer.

Additionally, the Criminal Offender Employment Act provides, “Nothing in this section shall prohibit an employer from notifying the public or an applicant that the law or the employer’s policy could disqualify an applicant who has a certain criminal history from employment in particular positions with that employer.”

The significant language on the ability of employers to ask about criminal convictions during the first interview and to advertise job requirements that include the passing of a criminal background check, where applicable, was suggested by the business community.

Governor Grisham also signed the “Criminal Record Expungement Act” on April 3, 2019. The new law, which goes into effect on January 1, 2020, allows individuals to have certain arrest or conviction records expunged following a successful court petition. Typically, a prospective employee would not be required to disclose criminal record information that has been expunged during the employment process.

The Criminal Record Expungement Act states, however, “Upon entry of an order to expunge, the proceedings shall be treated as if they never occurred, and officials and the person who received the order to expunge may reply to an inquiry that no record exists with respect to the person; provided that arrest or conviction records shall be disclosed by the person and officials in connection with any application for or query regarding qualification for employment or association with any financial institution regulated by the financial industry regulatory authority or the securities and exchange commission.”