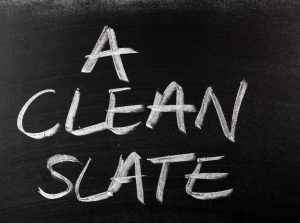 SALT LAKE CITY — When a judge asked Catie Cartisano’s father what it was like to see his daughter in handcuffs, his reply was that it “was better than a funeral.”

“I will never forget that,” said Cartisano, 33.

That same judge ordered Cartisano to attend treatment for a third time, which, at the time, seemed insurmountable to her.

She was begging for a jail sentence.

“I remember who I used to be. I felt like I had no choice,” she said. “I never ever thought I would be where I am today.”

Cartisano was 23 at the time and had already spent time in jail twice for charges related to her drug addiction, a habit that began with marijuana and cocaine use at age 15. She said the judge’s trust in her gave her hope.

“I don’t know where I would be,” she said. “I would probably still be in there, if I was even alive.”

Cartisano said, “Getting sober was like the hardest thing I have ever had to do, to have to change every part of my life when I already felt so far behind.”

Drugs had consumed every part of her life. Even though she did everything she could to clean up her habit and all the mistakes it led to, Cartisano couldn’t escape her record.

“It was this shameful, dark part of me that I didn’t want to tell,” she said, adding that each time she applied for something, “it was so traumatizing and embarrassing to bring up what I had done.

“I just quit trying because I knew I would be judged for something I was so desperately trying to change. It followed me everywhere.”

The Utah expungement process requires a person to remain crime-free for a certain amount of time, but also apply for eligibility, petition the courts in the jurisdictions where offenses were committed and pay according fees. It can be intimidating and cumbersome, take a long time and get quite costly, depending on the severity and number of offenses a person has.

And if time runs out on Utah’s 90-day eligibility certification, the whole process has to start over.

“A lot of people start and never finish because there are a lot of steps to it,” said Noella Sudbury, director of the Salt Lake County Criminal Justice Advisory Council, which hosted an event last year to help about 100 people expunge their records.

In fact, thousands of Utahns are eligible to have their records cleared, but each year, only a small percentage of them apply and many never complete the process.

Sudbury is behind a bill, HB431, sponsored by Rep. Eric Hutchings, R-Kearns, at the Utah Legislature that would automatically expunge certain misdemeanor crimes after so much time has passed, freeing up time for the courts to work on the weightier cases that need more consideration and study.

“Too many Utahns are serving what amounts to a life sentence of being unemployed for minor offenses,” Hutchings said. “When there’s no light at the end of the tunnel, people give up. When that happens, our communities lose, families lose, taxpayers lose.”

Whenever someone applies for housing or a job or for a promotion, they legally have to answer a question on the application of whether they’ve been convicted of a crime, felony or misdemeanor. And unless it has been expunged, any such conviction will appear on a background check, limiting the potential for a person to move on.

“I just wanted to die,” Cartisano said. “I had lost hope in thinking that my life was going to be anything other than it was at that time. I was in a box. A very, very small box.”

Three years and $3,000 later and Cartisano ultimately needed the help of an attorney to decipher the process and successfully clear her criminal record.

Cartisano visited the Utah Bureau of Criminal Identification the day after her expungement was granted because she couldn’t believe it had finally happened.

“After having pages of a criminal record before, with the details of all my arrests, it said ‘no record found,'” Cartisano recalled. “That was one of the best days of my life.”

HB431, Sudbury said, has bipartisan support, including backing from the Salt Lake County District Attorney’s Office, Utah Department of Public Safety, the Sutherland Institute, and more. As of Friday, it had yet to be assigned to committee for a hearing.

“We all want these people to be able to move on, get good housing, get good jobs. They have shown they are no longer a threat to society,” she said. “Let’s let them move on.”

HB431 would utilize technology already in place to identify people who are eligible and put them on an automated track to a clean slate. And, Sudbury said, research shows that just a year after a person’s record is cleared, they are 11 percent more likely to be employed and earn 22 percent higher wages.

Only Pennsylvania has implemented similar clean slate legislation, so if approved by local lawmakers, Utah would be the second state in the country to do it.

Just six months after the expungement event in Salt Lake County last April, the majority of participants had obtained better housing situations, better employment opportunities, and all of the participants reported feeling happier, less stressed and having a more positive outlook on life, Sudbury said.

“These are people who have gone years without another action in violation of the law, people who have been working, raising families and have the additional burden of their record when facing promotion or a new position,” said Salt Lake County Mayor Jenny Wilson, who supports the bill. She said it has long been the county’s priority to move people toward self-sufficiency.

“In this day and age, we recognize that if someone has gone five, six or seven years without committing a crime, that is a person who is doing well,” Wilson said. “This will help make it easier and allow them to get back to the basics.”

Since achieving sobriety and maintaining it for nearly 10 years, Cartisano has received bachelor’s and master’s degrees and has become a licensed clinical social worker, with extra certification to help people with substance use disorder and/or who have experienced trauma. She’s also clinical director for Balance House, an outpatient treatment facility in Salt Lake City.

“I’m glad I persevered and had the dedication to do what I had to do,” Cartisano said, adding that reminders of her past are still everywhere, but “the more I do and excel at makes it all worth it.”

Not only have her experiences made her better at her job and more reputable with her clients, she has the opportunity to show people that it can be done, that life can be re-made.

And, whether her relationship status is related to her record or not, Cartisano is excited to be getting married in the Virgin Islands in May.

“The impacts this will have on people are widespread and so positive,” Sudbury said. “It opens up opportunities for people.”

Ten years ago, Cartisano was pleading with the judge to send her to jail again, but the judge had something greater in mind and he ordered the young woman to treatment, which ended up being the right thing.

“He saved my life, without a doubt,” Cartisano said. “I almost gave up. I felt it was pointless to keep trying. But, I’m seen differently now. I feel like two different people.

“I was able to let that Catie go and focus on what I really wanted to do with my life.”