It turns out everyone—managers, employees, and customers—want it to happen. 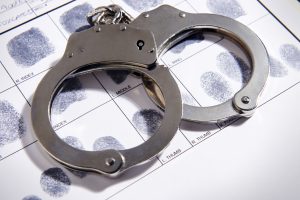 People with criminal records have an exceptionally hard time finding a job: Between 60% and 75% of the formerly incarcerated remain unemployed one year after their release. Why can’t they get hired? Some employers might think employees don’t want to work alongside former felons. Others could point out that hiring managers and other corporate execs wouldn’t go for it. But both those ideas were proven false in a 2018 poll by the Charles Koch Institute (CKI) and Society for Human Resources Management (SHRM). Could it be that customers have a problem with it?

The Koch Institute and SHRM collaborated on yet another poll. It turns out that 78% of Americans are comfortable buying good or services from a company who hires ex-cons to directly interact with them. Logically, that’s not surprising. Why wouldn’t people who are okay hiring ex-offenders or working alongside them also be fine patronizing places that acted similarly?

“[Consumers] are comfortable interacting with people who may have been incarcerated, and it’s not factoring into their decisions about whether or not to go to a particular store or go to a particular restaurant,” says Vikrant Reddy, a senior research fellow at CKI, a nonprofit libertarian public policy research group named after its billionaire founder. “That’s just not how consumers think about these issues.”

The latest poll is based on a representative sample of more than 1,000 Americans conducted in mid-March 2019. To be fair, those same people did have some reservations, all of which seem an odd indictment of the prison industrial complex’s ability to truly reform. While the (again, vast) majority supported the idea of doing business directly with people who had criminal records, the margin in favor dropped to just 55% if the person had served five or more years and all the way to 31% if time served was for a violent offense.

For companies, the final hurdle may be that they just don’t know how to encourage more opportunities because they’re stuck in an antiquated hiring system. SHRM countered that in late January 2019 by launching Getting Talent Back to Work, an initiative that offers an online tool kit and additional guidance for all types of organizations. While the exact ways they institute that may vary, companies and trade groups representing 60% of the workforce have taken a related pledge to give ex-offenders a fair chance at employment including the National Restaurant Association, National Retail Federation, U.S. Chamber of Commerce, and Koch Industries. That defeats any argument about no one seeming ready to take action.